The Cost of a Granny Annexe

What is the cost of a granny annexe? It’s a question we get asked a lot at iHUS with enquiries coming in each day – a simple question, you might think. …

Granny Annexe Caravan Act – Everything You Need to Know

What have granny annexes and the Caravan Act got to do with each other? If you’re in the early stages …

A Useful Guide to Surveying your Garden for a Granny Annexe

How Much Does A Granny Annexe Cost?

Granny Annexe FAQs: Everything You Need To Know

With this being one of the most significant purchases you’re ever likely to make, we’ve compiled the following list of …

Our customers think there is no time better than now to think about moving into a granny annexe – not waiting until they need to. This was certainly the case for Diane Diggins in Kent. 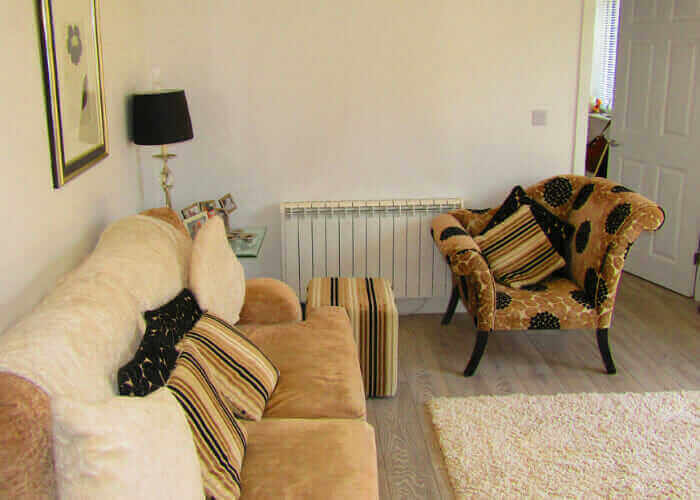 This is the perfect answer, you are near to family, but you still have your independence. I would recommend it to anyone.

This stunning bespoke annexe offers a comfortable living space. Here is the footprint. 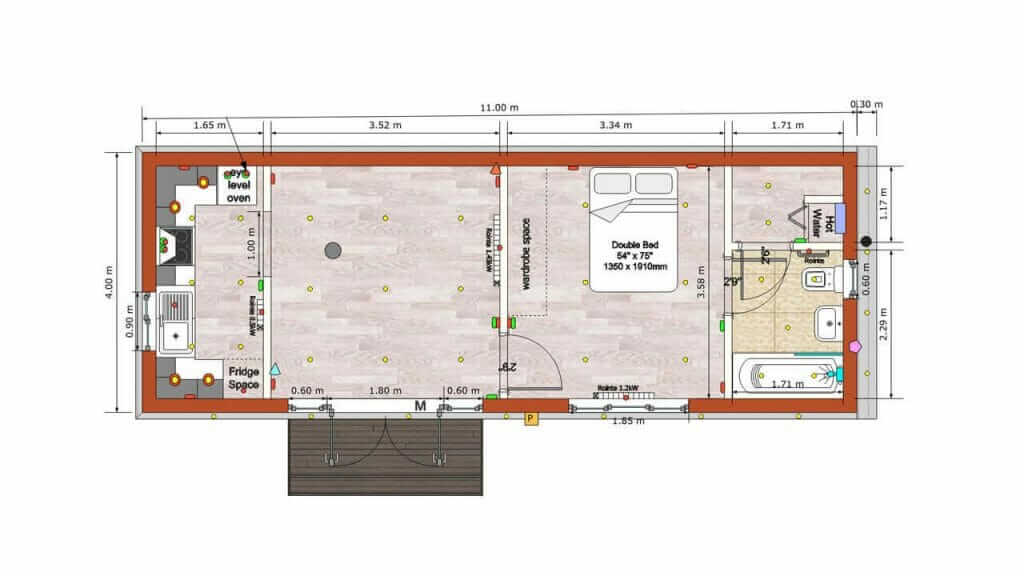 The idea of annexes first came to mind when Diane and her daughter were looking for a solution to live close together. Diane had retired and along with her daughter, was looking to sell the large family home they shared. Diane’s daughter had married and wanted to move to London, but the family still wanted to live close to each other.

“I initially thought about buying a flat close to my daughter’, says Diane, ‘but the only suitable ones I came across were close to three hundred thousand pounds. That’s when my daughter said why don’t we look for a house with a big garden and build an annexe for you to live in?”

“I wasn’t sure on the idea at first but then thought, why not give it a try? My daughter has children and I had just retired so could be around to help look after them and it would be nice to see them so often.”

The search started to find a suitable annexe provider and Diane decided to visit the Grand Designs show where there are usually many annexe designs on display from a range of companies. After chatting to a few suppliers and looking at different models, Diane felt drawn to iHUS because of the clean modern look of the annexes.

After a swift consultation process which included designing the layout of the annexe and the custom features, Diane was ready to get going with her new annexe.

The consultation process was something Diane enjoyed;

“The consultation was brilliant as I had so much choice on how I wanted to customise the annexe. I wanted a storage cupboard and a full bathroom, not a shower room. I also got fitted wardrobes in the bedroom to give me lots of storage space. It was fun getting to choose all the finishes right from the start – things like the finish on the kitchen cupboards.”

“It’s been the best thing living here really – I was poorly last year, I had cancer and it was so handy to have my family nearby. We obviously didn’t know that would happen, but it was such a relief I lived here when it did. If I had been 45 minutes away it would have made getting me to and from the hospital a lot more difficult. “

With the plans for the annexe in place, we soon go to work building the annexe for Diane to move into. The model of annexe Diane chose is the Cantley but with some bespoke changes made to the layout and finishes. With one large spacious bedroom and an open plan kitchen/living space, the annexe meets all of Diane’s needs.

The exterior of the annexe is finished in a grey colour marley cedral weather board, with grey on white PVCU ‘A’ rated energy efficient windows and doors with toughened safety glass.

Settling in quickly, Diane was thrilled with her new home and even recommends it to others;

“I would recommend building an annexe. Especially if someone has elderly parents or a parent living on their own who was lonely. It’s just the ideal solution as you are still nearby but have your independence and privacy. I’m really happy and feel like we definitely made the right decision!”